Interview with the founders 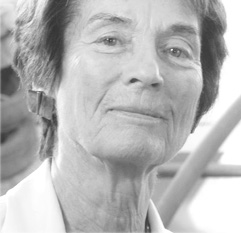 Bioprojet has now taken a new step: internationalisation. We are present in 9 European countries...

Can you explain why you created Bioprojet and what was at the heart of the initiative?

Bioprojet is an original and atypical pharmaceutical company which Prof Schwartz and I created in 1982, because we shared the same philosophy and conception of pharmaceutical research.

It is out of the ordinary, because it was created based on fundamental research, which was quite unusual at the time.
Nonetheless, more than a century ago, Pasteur shared this idea, saying that “there are not two types of science: there is fundamental science and the application of research, which are intertwined like a tree and its fruit.”

This is all the truer for research regarding new drugs which must be carried out as upstream as possible, such that the physiological and pathophysiological mechanisms are elucidated, and it has to be multidisciplinary.
Thus, from the springboard of new biological targets that we suspected played a role in pathology, we carried out rational research from the 1980s onwards into new therapeutic classes that could be useful for public health.

After ten years’ research and development, we developed our first drug, which was totally original, in an area where there had been nothing new for a very long time: we found a drug countering intestinal secretion to inhibit hypersecretion in diarrhoea.

Taking this first project, Tiorfan®, as a point of departure, in 1992, we created a second company the Bioprojet Pharma laboratory.

And was it successful?

Yes, actually, within two years, Tiorfan® became the leading drug in its indication, because it really brought something to the table. Today, it is developed, registered and marketed in 90 countries.

This success allowed us to continue our research and development strategy and, happily, we were able to acquire the Bioprojet Biotech research laboratory in 2001.

From then onwards, Bioprojet took a new step: internationalisation. We are set up in 6 European countries (other than France). This offers Bioprojet international presence.

In addition, Bioprojet recently took a decisive step in its internationalisation with the registration and marketing of one of our innovative products, Wakix, distributed by our partner Harmony Biosciences.

We remain ambitious, but faithful to our vocation of research and innovation. We hope to continue in our mission of working in service of the sick. 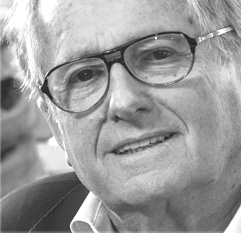 Scientific Director and Co-Founder of Bioprojet

Can you explain what there is at the St. Grégoire research centre, how is it articulated across the 4 units, what is the overall design and how is it organised?

The concept behind the entire organisation is to work on a clearly defined target. In order to achieve this, you must first of all manufacture the target. The Molecular biology unit is responsible for manufacturing recombinant receptors and recombinant enzymes using up-to-date molecular genetics techniques, allowing us to test the interaction of drugs with their target in a test tube.

The second unit is a Chemistry group that manufactures the candidate drugs capable of being adapted to the previously defined target. In order to do so, it is necessary to study the target for molecular modelling. Even if the target has not been crystallized, by using analogies with neighbouring targets, we can now construct three-dimensional theoretical models of the protein (e.g. the target) and, from there, test the drug-target interaction in silico. This allows us to orient the chemical synthesis. Then, chemists use traditional methods to synthesise molecules capable of acting on the target.

Next, carefully selected molecules must be tested. This is carried out by the Pharmacology team who tests the effect of the newly discovered molecules on animals or animal tissues. This allows us to predict potential therapeutic indications.
Lastly, the final team, Pharmacokinetics, uses cutting-edge methods to dose the drug and track its kinetics in the tissues to understand its duration of action and dose… and thus make a definitive selection based on these pharmacokinetics parameters.

It sounds like a complex process. What is the advantage of the Bioprojet Biotech research centre?

It is, indeed, a complex process. The great advantage of our research centre is that the teams are small, comprising around fifty people. There is strong interaction between them and thus the schedules are flexible and can easily be modified.

We took over this centre in 2001 and, since then, my co-workers and myself have built a remarkable tool (which is quite widely recognised thanks to the results achieved) which can be compared in efficacy with centres with hundreds of researchers.
I am very proud of this success, and I hope that it will contribute to the improvement of public health and the success of Bioprojet.